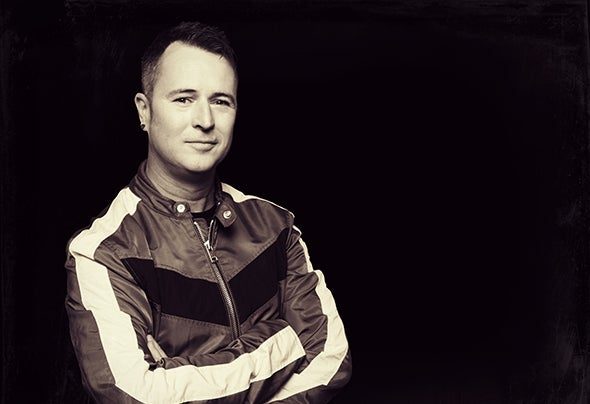 Dov1 has often been comfortable to be working in the shadows, but his influence filters our through the music on his labels. As a producer his sounds are rooted in heavy bass and a blending digital and organic textures. He does not have restrictions of one type of Bass music, due to the fact he has journeyed through many incarnations of Bass music as the genres arise, often pioneering the genres on his label, Muti Music.

In his role as founder & owner of Muti Music, and the other labels he has / does play roles in; Medicine, Producer Dojo, Cyberset, Earthdance, EyePhunk and Fuel Records, he has helped define the sounds coming out of the US west coast, often serving a as bridge for cross continental influences and collaborations to happen.

His ‘Clipping Paths’ compilations series has served as a launch pad for emerging sounds, the original compilation led to a groundbreaking evolution in west coast bass music sound.
Dov1 has rocked dance floors alongside many luminaries of Dance culture including Diplo, Bassnectar, Opiuo, ill.Gates, Gasslamp Killer, Excision, Eprom, Tipper, Freq Nasty, Zeds Dead, TRUTH, Clozee to name a few. His diversity has also allowed him to hold it down in unusual situations like opening for Ferry Corsten, Boy George or Shpongle and even playing alongside and jamming with Shafqat Ali Khan.

Dov1 also produces under the name DnA with An-ten-nae, and has also produced collaborative tunes with ill.Gates, HNGVR, Hooves and Funk Monsta.