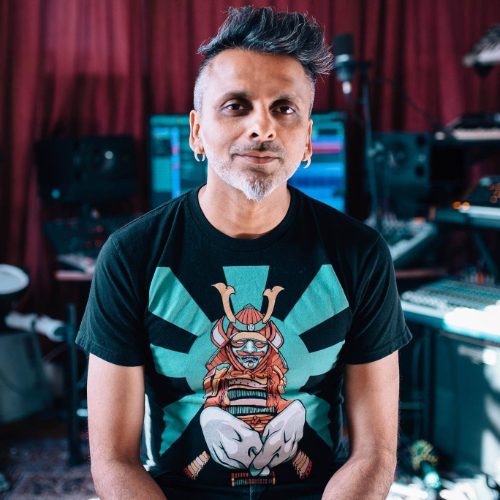 Janaka Selekta has been  running the Asian Underground sound in the San Francisco bay area since he started DJing Jungle and Drum n’ Bass to packed underground venues in the late 90’s in San Francisco with Dhamaal and Worldly crews. running the Asian Underground sound in the San Francisco bay area. As a multifaceted producer Janaka is renowned for sculpting cutting edge sonics, hard hitting beats, and then combining them with traditional instruments from across the planet. His most recent music releases focus on writing dancefloor centric songs without a focus on one genre. Janaka has won a number of awards for his DJing including Best DJ in San Francisco by the largest circulating newspaper in the city (The SF Guardian), in addition to his band winning Best Electronic Act 2 years in row. His intricately designed sets have rocked massive audiences across the US and he has opened for Asian Dub Foundation Soundsystem in the UK and toured India many times. Janaka has also toured extensively with his band Gods Robots (signed to Sony India).

Critical Acclaim
“Shards of dubstep, breaks, hip-hop, & drum & bass shine through, but the tone and mood are classically South Asian, with a solid dollop of dub,
resulting in a gorgeous evolution of this longstanding tradition.” – Derek Beres, The Huffington Post

“Janaka’s new album blows me away with its rich textures, depth and soulful intent. Nearly 10 years in the making, it was worth the wait.” – Nerm, Electro East BBC Radio 1

“Pushing Air helps us to breathe in the latest in wicked Asian wonders. Janaka Selekta at his finest.” – Cheb I Sabbah, Six Degrees Records